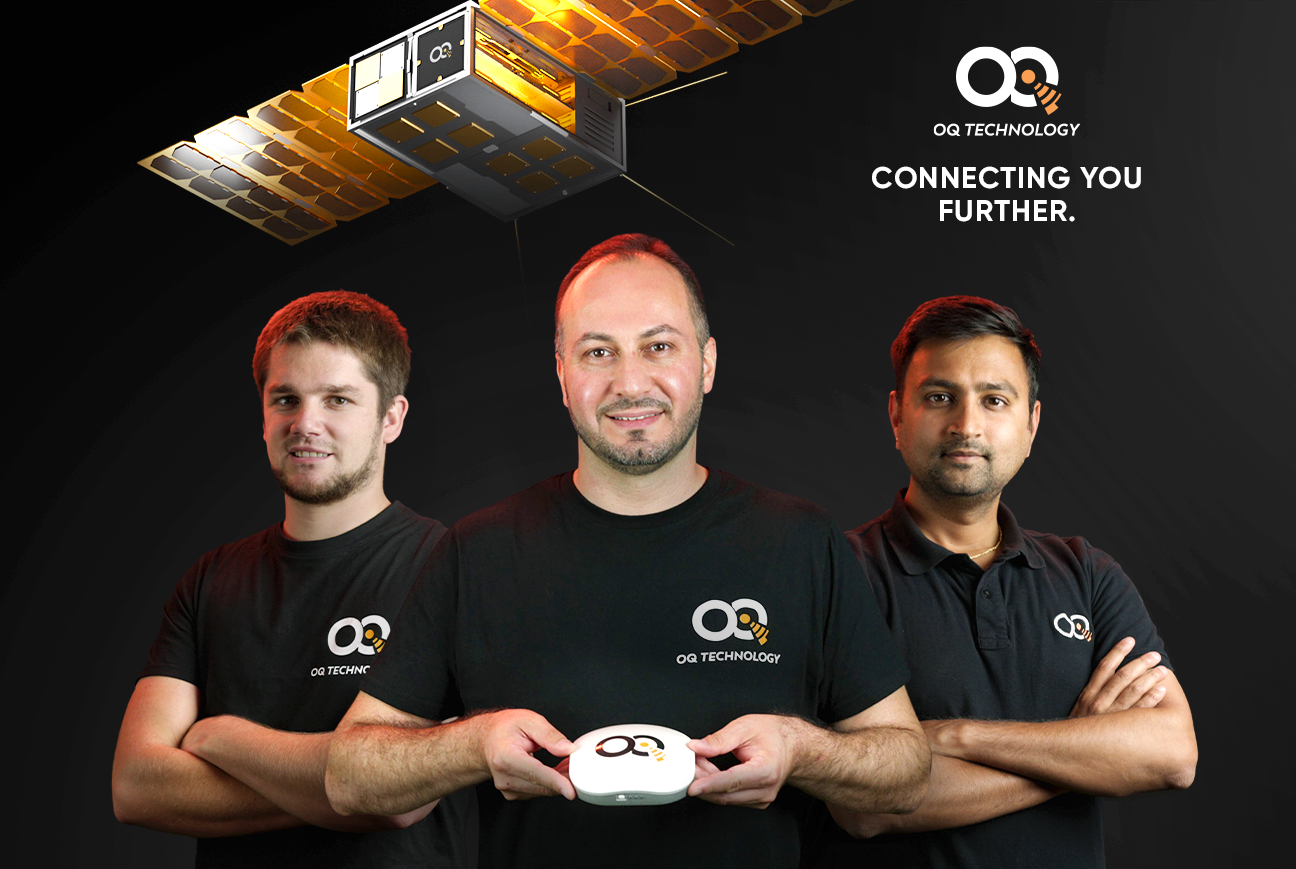 According to GSMA Intelligence report published this year, the global direct-to-device (D2D) market is growing fast, with 3GPP standardized technology offering access to new revenue for telcos, and will be worth over $30 billion by 2035.

Omar Qaise, founder and CEO of OQ Technology, said: “This investment is testament to the strength of our business plans, capabilities, and technology that OQ has been implementing since its inception in 2016, and a clear differentiator from many satellite IoT companies who rely on non- standard technologies. Against a challenging economic backdrop, our decision to seek funding was rewarded with a raise that will help us achieve our immediate goals in terms of growth, expansion into Middle East, African, Asia, South America, and Oceania, increasing our spectrum licenses and patents portfolio, and advancing our product development. The company will also accelerate its growth and recruitment efforts in Luxembourg."

“We have pioneered satellite-based 5G communications with the introduction of the world’s first universal IoT device providing connectivity using a satellite in low Earth orbit (LEO) in 2019 and other patented technologies since. All our launched missions and our service demos with Global Fortune 500 companies have been successful, and we have more mission in the pipeline.”

Recently, OQ Technology has started the establishment of two subsidiaries with global remit, one in Athens, Greece and the other in Al Khobar, Saudi Arabia.

The Saudi subsidiary will host the first and only satellite 5G network centre of its kind in the Kingdom and in the MENA region. It will also be one of the largest data and network operations centres for 5G satellite services in the Middle East. The subsidiary will be used to engage with large oil and gas companies in the region and with the local industrial ecosystem and universities. The latter is in line with Saudi Vision 2030, a strategic framework to accelerate the Kingdom’s energy transition, achieve sustainability goals, and drive a new wave of investment.

“Our investment in OQ Technology, a global pioneer in the satellite technology, is a true manifestation of our mission to position the Kingdom as the centre of gravity for global tech ventures,” said Fahad Alidi, Managing Director and CEO at Wa’ed Ventures. “We envision OQ to become the nucleus to building a full space tech ecosystem that starts with the Kingdom and outspread to the surrounding region.”

The Greek subsidiary under the name of “OQ Technology Hellas” will nest within the incubator/ accelerator unit “Corallia” of the Athena Research Centre (“Athena”) that also hosts the Hellenic Space Technologies and Applications Cluster (si-Cluster). 5G Ventures has signed MoUs (memorandum of understanding) with both “Athena” and “Corallia”, and OQ Technology has already contacted companies from the si-Cluster to explore synergies and opportunities in Greece.

5G Ventures CEO Antonis Tzortzakakis said: "We believe there is great potential for 5G IoT technology, and together with Saudi Aramco's Wa'ed Ventures we are very excited to invest in OQ Technology. The investment fits perfectly into 5G Ventures' strategy for supporting innovative 5G-related technologies capable of creating value and contributing to the evolution of an ecosystem of innovation in Greece."

Earlier this year, OQ Technology launched its third satellite mission Tiger-3 aboard the SpaceX Falcon 9 rideshare mission Transporter-4. The company has more planned satellites that will be launched soon to further grow its constellation.

Note to editors Images are available at: LINK

About OQ Technology OQ Technology is the world’s first satellite cellular 5G IoT operator that provides global cellular Internet-of-Things and Machine-to-Machine communication solutions through satellites. The company has successfully implemented and demonstrated Narrowband IoT connectivity over Low Earth Orbit satellites and is deploying a global constellation to provide 3GPP compatible satellite IoT telecommunication services for mobile operators and customers in industries such as energy, mining, logistics, maritime, agriculture, and defence. The company’s patented technology that can be easily embedded in existing cellular chips allows billions of users around the world to have ubiquitous IoT connectivity anywhere and using both terrestrial and satellite networks. www.oqtec.com | https://twitter.com/oqtec| https://www.linkedin.com/company/oqtechnologysarl

About 5G Ventures S.A. and Phaistos Investment Fund
5G Ventures S.A., a Hellenic Corporation of Assets and Participations subsidiary, manages Phaistos Investment Fund and signals an innovative approach in supporting a thriving 5G ecosystem in Greece. Phaistos Fund supports enterprises that develop 5G-related products & services and is an effective bridge between State & Private investments, as it brings together the best of the two worlds. It offers unique capabilities and, through its focus on 5G market, Phaistos is best positioned to produce remarkable returns as well as national economic growth. More information about 5G Ventures and Phaistos Fund are available on www.5gventures.gr website, LinkedIn www.linkedin.com/company/5gventures/ and Twitter twitter.com/5GVenturesSA.